Listen now | Liberty and Justice for all: What it takes 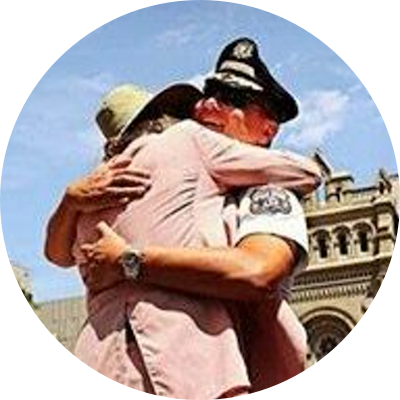 I am a veteran of more than 30 years with the Philadelphia Police Department. I left the department as the Deputy Commissioner of Patrol Operations where I commanded a force of 4,698 sworn and civilian personnel. In that position I oversaw six patrol divisions, the Community Relations Division, twenty-one patrol districts, three sub-stations, the Office of School Climate and Safety, Victim Services, Hate Crime Tracking, Neighborhood Services (abandoned autos, Red-light/Speed Camera citation issuance), twenty PAL facilities, the School Crossing Guard Unit, and the Police Explorers.

My responsibilities included leading the COMSTAT process and serving as the Department’s liaison to the Anti-Defamation League (ADL), the Jewish Federation, and the LGBTQ community. I also represented the Department on the Resilience Project, the Mayor of Philadelphia’s multi-agency task force assembled to respond to the opioid crisis in Philadelphia and I was tasked with the strategic implementation of the Department’s data driven, intelligence and evidence-based PINPOINT and Violent Crime Reduction (VCR) anti-gun violence strategies. I was also designated as the incident commander for the footprint of the NFL Draft.

Prior to my promotion to Deputy Commissioner, I served as the Chief Inspector of the Department’s Homeland Security Bureau where I was responsible for the Department’s Bomb Disposal Unit, Special Weapons and Tactics Unit, Airport Police Unit, Civil Affairs Unit, Dignitary Protection Section, Highway Patrol, Traffic Unit, Mounted Unit, Canine Unit, Aviation Unit, Marine Unit, Major Accident Investigation Unit, Tow Squad, Joint Terrorism Task Force and I served as the department’s point of contact to the FBI on all classified matters related to Counter Terrorism, and the U.S.S.S. on all confidential matters related to Presidential and Dignitary Security.

I hold a BA from Penn State University in the Administration of Justice and an MA in Public Safety from St. Joseph’s University. I have taught as adjunct professor at several colleges in the Philadelphia area.

I am a graduate of the FBI National Academy, and the US Army Ordinance Munitions and Electronics Maintenance School. I was SWAT and Haz Mat Level B certified and held a certificate in response to Weapons of Mass Destruction for Law Enforcement. I was the highest ranking member of the Department’s Major Incident Response Team (MIRT) and was responsible for the development of all aspects of the departments active shooter and MACTAC training (L.E. and civilian), including the distribution of 5,000 tourniquets within the department, the introduction of gunshot kits to our members and the training, and equipping of all City of Philadelphia paramedics in the active shooter concept so they can safely operate with law enforcement in the warm zone as members of combined rescue teams.

I participated in the ADL’s Advanced Training Seminar which afforded me the opportunity to spend ten days traveling throughout Israel and studying counter terrorism techniques with Israeli Military, Police and Civil Defense Authorities and I participated in the FBI’s Leaders In Counter-Terrorism program held in Scotland.

I was designated as the Chief Planner and Incident Commander for both IACP Conventions held in Philadelphia. I served as the Department’s representative to the Mayor’s World Meeting of Families Planning Committee, the U.S.S.S., N.S.S.E. Executive Planning Committee and traveled to Rome to prepare for the much-anticipated Papal visit to Philadelphia. I also represented the City of Philadelphia and the Police Department in executing all operational plans related to explosive detection, SWAT/AST, CBRN detection/remediation, dignitary protection, traffic control and demonstration management during the Democratic National Convention.