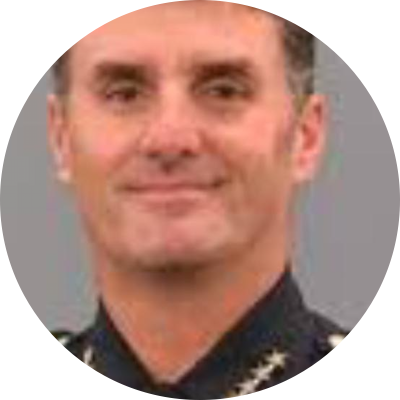 During his 34 years of service in the law enforcement field, Fernandez’ experience includes top leadership positions such as Deputy Chief of Police and Chief of Operations for the Miami Police Department (MPD) as well as key positions in the areas of Patrol, Narcotics, Crime Suppression, Tactical and Investigations Unit, Community Affairs Section, Police Instructor, Firearms Instructor and the Neighborhood Enhancement Team (NET). He also held Team-leader and Command positions at the Miami Police SWAT (Special Weapons and Tactics) team and had the opportunity to travel with then, U.S. Southern Commander Army General Bantz J. Craddock and five U.S. senators to Guantanamo Bay Naval Base in Cuba to assess facility conditions at this detention center. Fernandez has worked as an expert police consultant to the United States Department of Justice, Civil Rights Division for over 12 years. He is a member of the International Association of Chiefs of Police (IACP) Firearms Committee and Firearms Committee serving as the past chairman since 2017. Also, a member of the National Tactical Officer Association and the Police Executive Research Forum.

Post retirement from MPD in 2010, Fernandez served as Police Chief and Assistant City Manager for Public Safety for the City of Hollywood, FL. He managed more than 60 percent of the workforce in the City as well as the overall city budget. Subsequently, he was recruited by the City of Coral Gables, FL to be the Assistant City Manager / Director of Public Safety with operational authority over Police, Fire & Emergency Management in addition to Information Technology, Labor Relations and Risk Management, and Human Resources Departments as well as the lead contract negotiator for all City collective bargaining agreements. Fernandez also managed 60 percent of the City’s workforce and expenditures including 192 sworn officers and 134 certified firefighters.