From ballet bar to patrol car to wearing a command star

She took a path less traveled in leaps and bounds from professional ballet dancer to top cop. Listen, and be inspired, just as Ray and Pete were, as Sasha Larkin, Deputy Chief, Las Vegas Metropolitan Police, puts the CP in the word COP. Her passion is contagious as she describes how she adopted a mantra of “command presence” to sustain her success “on the job” and her deeply held - almost spiritual - belief in the need for more engaged community policing. Make sure you catch her somewhat unnerving description of why not once - but three times - the mechanics in the police garage had to replace the hood of her patrol car! 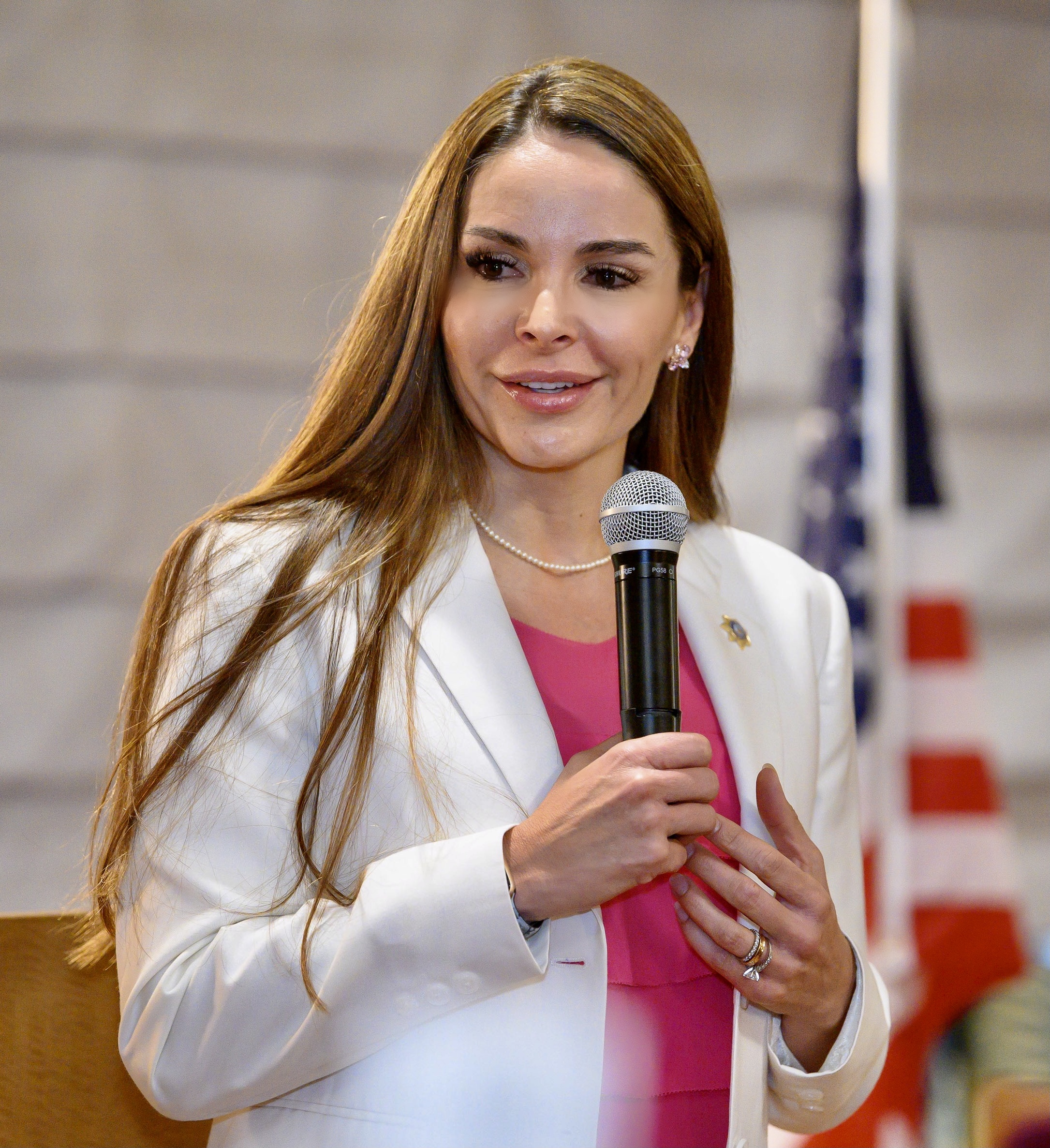 Sasha Larkin is a Deputy Chief with the Las Vegas Metropolitan Police Department, where she has served for over twenty-two years. Sasha currently oversees the Homeland Security Division that encompasses the Southern Nevada Counter Terrorism Center, Homeland Security Saturation Team, SWAT, Air Support, K-9, ARMOR (All Hazards Regional Multi-Agency Operations and Response) and the Intelligence Section.
Sasha’s last assignment before getting promoted to deputy chief was as the captain of the Office of Internal Oversight and Constitutional Policing, which is comprised of the Force Investigation Team, the Critical Incident Review Team and the Internal Oversight unit. Her teams of detectives respond on all officer involved shootings, any use of deadly force, and on in custody deaths both on the street and in the correctional facility. She also led efforts related to police reform, policy updates, and ensuring continued transparency for the agency.
In 2019, Sasha was given the honor of designing, staffing and opening the newest station to be built in Las Vegas, Summerlin Area Command. This state-of-the-art facility was created to meet the ever-expanding population, growth and demand for elite community service. Sasha was the inaugural captain for this incredible area command during a most challenging year filled with civil unrest, Covid-19, and unprecedent economic downturn. For the preceding two and a half years, Sasha was the commander of Northwest Area Command which encompass over 380,000 residents, 100 square miles and over 200 officers and civilian staff under her direction.
Sasha was originally promoted to Captain leading the Support Operations Bureau, which encompasses Vice, Special Events, Human Trafficking, and the Office of Community Engagement (which conducts all religious and cultural outreach, refugee education, gang prevention, and overt counter-terrorism activities), Homeless Liaison Section, and the Patrol Watch Commanders and Laughlin Area Command.
Recognized for her work in community engagement, Sasha was integral in building the Office of Community Engagement (OCE) and the Fusion Liaison Officer Program. These two offices have reached thousands of people from all cultural, religious, and minority communities that would have never otherwise had a voice with the police. She is also Chair of Women of Metro, an outreach organization that mentors women internally for promotion in law enforcement and hosts a variety of community events.
Sasha has served in a variety of assignments through her career giving her a well-rounded platform to lead from which includes: Patrol, Field Training, Vice, undercover in the Intelligence Unit, a bike officer on the iconic LV Strip, the Problem Solving Unit, as a Sergeant in the Southern Nevada Counter Terrorism Center, and Internal Affairs, as a Lieutenant in Gangs/Narcotics, and in the Office of Community Engagement.
Sasha teaches all over the world, to include the Naval Postgraduate School, Police Executive Research Forum and US State Department, for the LVMPD in the field of building programs that support the prevention of terrorism and crime, how to build bridges of trust with the community and prevent a sense of isolation, and ensure the police are integrated throughout the community they serve.
Sasha has been honored by numerous community organizations for her work in terrorism, law enforcement and community building efforts. In 2016 she was recognized by the Anti-defamation League as the recipient of the “Shield Award” for building one of the largest, most successful Terrorism Liaison Officer Programs in the country, along with one of the leading refugee integration programs nationwide. Sasha has also been honored with the Community Service Award by Girl Scouts of America and Top Cops in Washington D.C.
Sasha attended the University of New Mexico, majoring in Biological Anthropology and Criminal Justice, receiving her bachelor’s degree and graduated Executive Leaders Program at the Naval Post Graduate School in 2021. In addition to serving on with the LVMPD, Sasha has been teaching yoga for twenty-three years and travels around the world to teach and train various yoga disciplines. Her most significant outside accomplishment is being the proud mother of a little boy and adorable twin girls, and wife to a spectacular husband.