Join Pete and Ray as they speak with Bob Troyer, former USA from Colorado, about gun violence, leadership, and innovation. 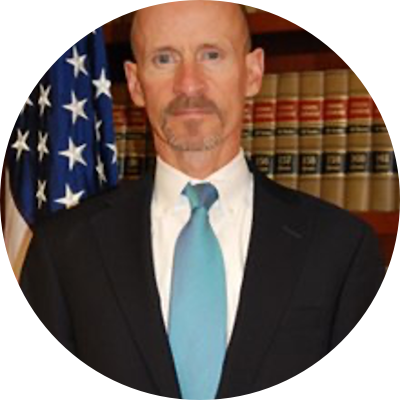 Robert C. Troyer, Esq.was the United States Attorney in Colorado from
2016 to 2018. He was the First Assistant U.S. Attorney for six
years before that, and in the early 2000s he was a line criminal
prosecutor in that office’s drug and violent-crime units. Bob
spent the other 15 years of his legal career in private practice
conducting internal investigations and litigating civil cases.

While U.S. Attorney Bob received the PSN Outstanding
Contribution Award from the U.S. Attorney General for helping
develop and deploy an innovative, forensic-intelligence violent
crime prevention strategy in Colorado. Bob also served from 2016 to 2018 as a member of the National Crime Gun Intelligence Governing Board.

He has conducted countless trainings for law enforcement, prosecutors, community leaders, and public officials on the use of forensic intelligence to prevent gun violence. Over the last two years, Bob has worked with numerous policing agencies in Colorado on policy issues, and he conducted two investigations into the history of Catholic clergy child sex abuse in Colorado.

Bob was born in Colorado and grew up in Washington DC. He graduated from Pomona College in 1984 with a BA in English. For several years after college, Bob taught high school English in Washington DC and worked during the summers as a commercial fisherman in Alaska. He then attended Boston College Law School, where he served as the Solicitations Editor for the Boston College Law Review. After law school Bob practiced civil litigation at Ropes & Gray in Boston and then moved to Denver to practice. In 1999 he joined the criminal division of the Colorado U.S. Attorney's Office.