The tragic events of September 11th, and the lessons learned in the wake of that terrorist attack will always be at the core of the RF Factor. Preparedness requires innovation, leadership and relentless follow up, and of course the unsung heroes that are willing to risk much to challenge the status quo to make our lives, our communities, and our nation a safer place for all to thrive. Tonight, we will be recording Episode #11 of the RF Factor podcast with Peter Forcelli, a senior law enforcement executive. Pete is no stranger to the RF Factor. A few months ago, he was a guest on the In the Chill of the Nightpodcast, Episode #6, where he discussed the investigative case he worked on targeting the infamous street gang, Sex-Money-Murder.

Pete will provide us his account of what he experienced at Ground Zero on September 11. The horrible things he saw, the dangers he faced, and the lessons he learned about hope, resilience, and unity that he still carries with him till this day. Leadership comes in many shapes and sizes, and rears it head in times of crisis and times of peace. It is not about popularity, it is about courage. Courage to face the unknown and inspire positivity. Pete is a courageous leader 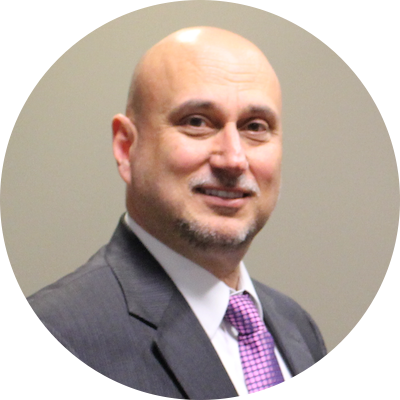 Peter J. Forcelli is an ATF Special Agent who currently serves as a Deputy Assistant Director with the agency, overseeing all it's training functions. He has worked in ATF's offices in New York, Phoenix, Canada, Miami and has done three tours in their Headquarters. While serving as the ATF Special Agent in Charge of the Miami Field Division, he led the ATF investigations into the Pulse Nightclub Shooting, the mass shooting at Fort Lauderdale-Hollywood International Airport and the school shooting in Parkland, Florida.

Mr. Forcelli is also a retired NYPD police officer and homicide detective, who worked on a number of high profile cases during his 15 year tenure there.

As a leader, Mr. Forcelli is known for his commitment to investigative excellence and the relentless pursuit of justice. His investigative work has put countless criminals in prison for violent crimes, but has also led to the exoneration of 8 people, who were wrongly jailed for murders that they didn't commit. He is a survivor of the September 11, 2001 attacks on the World Trade Center, as well as the subsequent lung cancer that he contracted as a result of working on the rescue and recovery efforts at Ground Zero and at the Staten Island landfill.