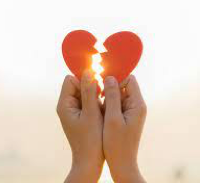 “If you want to build a ship, don’t drum up people to collect wood and don’t assign them tasks and work but rather, teach them to long for the endless immensity of the sea” - Antoine de Saint-Exupéry

My friend and colleague Ray Guidetti, wrote an article a while back explaining the meaning behind my opening quote by the French Aviator and writer Antoine de Saint-Exupéry from his book “The Little Prince”.

The quote Ray said, has been used for years to inspire teamwork among diverse entities by focusing them on a shared vision.

Mass shootings have shown to be a persistent complex problem of national concern.  I believe that it is one problem that can benefit from a team of multi-disciplined and cross-jurisdictional members committed toward achieving a shared vision and who will think and act together to take action to address it in the most sustainable way.

For example, State and local law enforcement working with school administrators have put active shooter measures in place, school boards have hardened campus security, the Secret Service has identified some of the warning signs preceding mass shootings, and the ATF has tracked the histories of the firearms involved. Additionally, the Naval Postgraduate School's Center for Homeland Defense and Security has collected data on the use of firearms on school properties.

Notwithstanding, there is much more work to be done in order to really understand the issues at play here and recommend a plan of action.

To label the cause of the problem as one thing or another - mental illness or guns or both – without deliberate review by diverse entities at this point may be little more than opinions, as well-intended as they may be. Even if 100 percent correct they are not in and of themselves sustainable solutions without a well-conceived proper plan of action.

I believe that most people in our country share the vision we learn in grade school, one nation, under God, with liberty and justice for all. Add to that the pursuit of peace and happiness and I can’t think of much more a person can ask for in this life.

Whatever the shared vision may be, the formation and management of a multi-disciplined, cross-jurisdictional team to address a national problem will take leadership. Leadership to get the ball rolling, keep it rolling, and take responsibility for when and where it stops.

Models for this exist and have been employed before. Models that have fixed responsibility and leveraged the broad scope of the federal government’s powers to do such things as appropriating funding, setting national policy, providing operational and national program support to the states and cities, force-multiplying investigative assets, and providing national criminal and forensic intelligence sharing tools.

One example that comes to mind is the National Church Arson Task Force (NCATF).

As you read the following overview of the NCATF that I pulled from the internet, indulge me if you will, to consider the parallels that could be drawn between the National Church Arson Task Force and let’s say what could be a National Mass Shooting Task Force.

I readily acknowledge that there are distinct differences between these matters, and yet I also believe that with a bit more imagination we may be able to cross-walk the differences over to new notions most relevant to the matter of mass shootings.

“In early 1996, Federal officials detected a sharp rise in the number of reported attacks on our Nation's houses of worship, especially African American churches in the South. This trend troubled law enforcement agencies and stirred the Nation's conscience.

In June 1996, the President brought these deplorable acts to the forefront of our Nation's consciousness and formed the National Church Arson Task Force ("NCATF" or "Task Force"), making the investigation of these fires and the swift prosecution of the arsonists a top priority of Federal law enforcement. The President called on all Americans to come together in a spirit of respect and reconciliation to help victimized congregations rebuild and to heal tensions in affected communities.

The President directed his Administration to implement a three-pronged strategy: (1) identify and prosecute the arsonists; (2) help communities rebuild the burned houses of worship; and (3) offer assistance in preventing more fires. Federal officials have continued to achieve considerable success in carrying out the President's mission and strategy by working in partnership with state and local law enforcement and community and private groups.”

The task force's success was based upon a number of diverse and important factors:

In summary, the solutions to a national problem require leadership, cross-jurisdictional teamwork, policy-driven tactics, the leveraging of data and technologies, sustained support, and relentless follow-up.

So where does the "buck stop" for putting the people, processes, and technology in place to stop this senseless killing?

Or perhaps we will do some of what we’ve been doing the past decade, and continue to stakeout out our positions shouting at each other about our entrenched opinions about mental health and whether there ought to be more guns or fewer guns.

If that is what we're doing again - take heed.