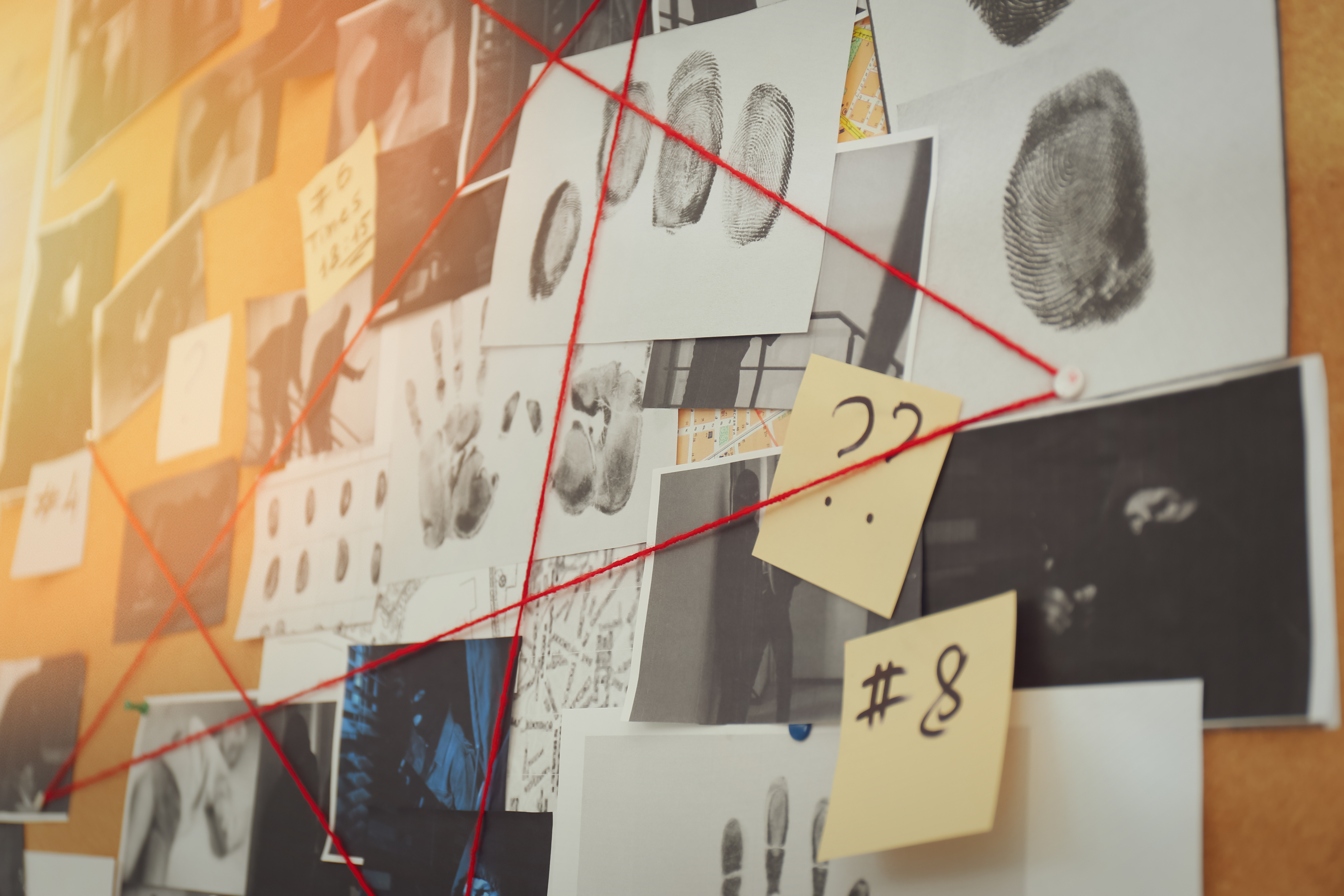 While the phrase signaled my bedtime throughout my early childhood, the origin of it is said to have taken place months before I came into this world. During the summer of 1967, tensions were high, crime was off the charts, and riots had taken place across many major cities. The result came to be known as the “long, hot summer of 1967.” Across the river from where I would be born, Mel Epstein and Tom Gregory of WNEW, known today as Fox 5 New York, coined the phrase, “It's 10 PM, do you know where your children are?” The slogan was not meant to be sanguine, but instead meant to be an evocative warning to parents to focus their attention to where their children may be so they would not become victims or perpetrators of crime.

Today, the FBI reports that 2020 saw a nearly 30% increase in murders from the year prior. This represented the largest single-year increase, since the Bureau began recording crime statistics for the past 60 years. According to the FBI’s Uniform Crime Report, an outgrowth in this murder spike was an elevation in the overall violent crime reporting by 5%. Couple this with the weapon statistics that detail how handguns were used in approximately 75% of last year’s murders committed with a weapon, it is hard not to think back to the criminal environment of 1967. Yet, today with the advances in law enforcement capabilities, to include technology, it may be time to rephrase Epstein and Gregory’s slogan and aim it directly at police chiefs throughout the nation so they can be precise in addressing violent crime: “It's 10 PM, do you know who and where your criminals are?”

There is no argument that police chiefs have a responsibility to the communities they serve. Disagreements arise when discussions focus on how best to conduct the policing mission within such communities under siege by violence. At the most strategic level, particularly when dealing with the scourge of gun violence, we can all agree that justice for victims, resolution for their families, and peace to those communities affected should underpin all efforts the police advance. The key to addressing each of these components requires that police agencies know precisely who is conducting the crime, where they are conducting the crime, and what information is available from past crimes to not only help them prevent and investigate current crimes but to link together and prosecute past crimes.

By leveraging the data sets they already possess, via available technology capabilities that allow such data to be assessed and shared, police chiefs can ensure that their investigative personnel focusing on gun violence - as well as general crimes - can be armed with the answers to those fundamental questions required to suppress violence in affected communities.

Do you know who your criminal offenders are?

When individuals are arrested across the United States, specific information related to their identity is gathered during the booking process to include fingerprints. This process is so common in law enforcement organizations that it is often overlooked for its importance in investigating future crimes. Information gleaned during the booking process can provide leads to investigators, but at the same time it immediately associates people with the types of offenses that form their criminal persona. For example, police chiefs wanting to know who their violent offenders are in their jurisdiction can easily turn to see who has been arrested for such offenses and who resides in or frequents their communities. Using technology to better manage their own information holdings can aid in narrowing their field of focus on possible perpetrators. This offers police chiefs - through their agency’s investigative capabilities - opportunities to advance precision policing measures needed to target violent offenders as opposed to operating blindly as to who their offenders are.

Do you know if they are recidivist offenders?

In an earlier blog post, I described “ping pong” murders. It is a phrase used to explain the vicious cycle of retaliatory violence that often takes place over territorial disputes, drug markets, and of course, grudges. So, while it is critically important for police chiefs in their jurisdictions to know who the serial shooters are, it is just as important for them to have an understanding on who are the victims of gun violence. The incredible advances in medical technologies have increased the survivability of gun shots that just ten years ago would have been fatal. This has indirectly fueled the “ping pong” phenomena as we routinely see that individual trigger pullers have been gunshot victims themselves, some multiple times. Knowing who the shooters are and conversely who has been shot in your jurisdiction can often reveal investigative leads worth pursuing by detectives.

Do you know if they operate in neighboring jurisdictions?

Gun violence is cross-jurisdictional in nature. In some larger cities, this may mean intra-jurisdictional because a different set of investigators are responsible for adjoining precincts. Regardless, criminals bent on pulling the trigger think nothing of crossing jurisdictional boundaries to commit their crimes. It is vital then that those investigators have the capability to know if the gun involved in their murder case is ever recovered by another agency in another city, county, or state. Fortunately, the ATF’s NIBIN program provides these crucial associations by forensically linking shooting events regardless of where they occur. However, there are still agencies out there that do not understand the value of this national program. Even if those jurisdictions do not confront gun violence regularly, it will be the nature of cross-jurisdictional criminals that see to it that crime guns are recovered in the most remote areas that do not experience violent crime. With that said, it is central to having a robust national capacity that every police executive recognizes the value of NIBIN and ATF’s eTrace system which can provide insight into the origin and transactional histories of the crime guns they recover.

Can your detectives leverage data to identify potential perpetrators?

Law enforcement personnel conduct a myriad of transactions daily with the communities they serve. Many of those interactions occur with criminal offenders. It is not surprising that history tells us that it may be those nominal interactions that can yield incredible significance to identifying criminals and solving crimes. All one must do is recall what led to the identification and arrest of David Richard Berkowitz, also known as New York City’s Son of Sam killer: a simple run of the mill parking ticket. Today, law enforcement agencies have opportunities to access the technologies that will allow them to better manage and make better sense of the transactional data they encounter every day and already maintain. When you add data from ALPRs and gunfire acoustic detection devices, law enforcement can be quickly alerted to the location of perpetrators and vehicles associated with criminal investigations.

Can your detectives quickly utilize forensic intelligence to identify perpetrators?

The FBI’s CODIS (Combined DNA Index System) program has been in existence for some time. Once a DNA match is made within the system, the law enforcement agency that contributed the crime scene evidence to the respective forensic laboratory is notified. While this may seem routine, there are law enforcement agencies out there that may not have the capacity to quickly utilize this information to further not just the cases linked specifically to the CODIS hit, but as opportunities to explore other investigative leads. For example, subjects linked to open burglary cases through DNA may also have a criminal association to a serial shooter. Agencies that can leverage forensic intelligence in a rapid manner can increase their capacity to generate investigate leads internally.

The two key principles of precision policing are focused crime-and-disorder enforcement and community policing. Both principles require the collection, analysis, and evaluation of routine data that can enable law enforcement agencies to narrow their efforts to ensure the right balance of enforcement and neighborhood policing is advanced at a given time. In the long hot summer of 1967, a PSA aimed at parents to know where their children were in the dark of night to prevent and deter crime, can be adjusted, and aimed at police chiefs to remind them of the importance of using data and evidence-based processes they have within their own holdings to address violent crime. The ping pong nature of violent crime and the rise in crimes involving guns require police executives throughout the nation to arm themselves with the information necessary for answering the questions concerning the criminals that frequent their jurisdictions.  It’s 10 PM, do you know who and where your criminals are? 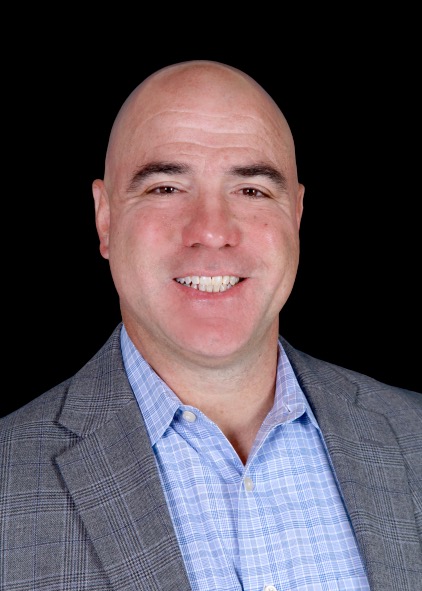